Harnessing, the sun’s powerful rays through the use of solar panels has many benefits. When this technology is applied commercially and industrially, the benefits seem to multiply. Industrial solar panels don’t just boast a larger surface area, but some tout dramatic reductions in the cost of running a large business. In certain situations, solar panels intended for the industry can even be used in everyday life. The use of solar panels is not only beneficial for controlling costs but also beneficial for reducing the negative environmental impact on our planet that can be caused by the management of large companies.

The need to use an industrial solar panel

There are several different types of renewable energy sources such as energy generated by wind turbines, energy generated by forced hydropower, biomass and the very popular industrial solar lights. Photovoltaic (also known as PV) collectors are elements that capture sunlight, which is then converted into useful electrical currents using the so-called photoelectric effect since been improved by many different engineers throughout history. Modern models used today have the ability to store captured solar energy in molten salts for further use, which is extremely important when access to sunlight is not available 24 hours a day. It has been found that molten salt is an ideal medium because it has a specific heat and the ability to distribute heat at temperatures comparable to conventional electrical systems and is extremely low cost. 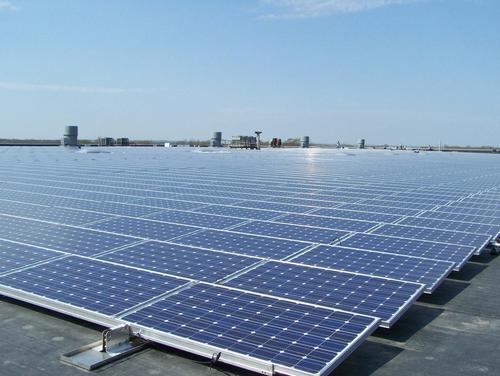 When it comes to the environmental responsibility of large factories and businesses that produce toxic greenhouse gases and use fossil fuels, many have not switched to sustainable resources. A great way to do this is to use solar panels. A suitable place to install large scale industrial solar panels in factories is the roof. Using this space, solar-powered roofs capture not only large amounts of light but also protect conventional roofing materials from hazardous and often damaging UV rays.

The economic benefits of using industrial solar panels quickly add up when observed over a long period. The argument of many large corporations when switching to solar power is the upfront cost of materials and installation versus the time it takes to pay. However, if the business is set for the next decade, not having to pay immediately for electricity starts to offset the cost of the installation.

It is estimated that large companies can take eight to twelve years to recoup their investment fully. However, being able to claim that a company’s product is made from renewable energy sources is another great benefit of using solar energy.